Poptopia! I Review The Rhino 1997 3-CD Set (And Basically Just List All The Songs) 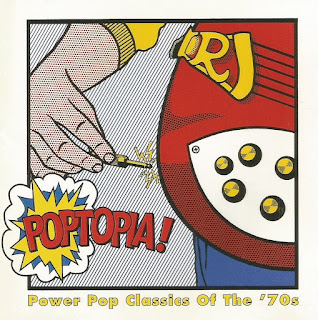 Pete Townshend apparently coined the term, in a 1966 interview, as a way to describe the Who's music. Greg Shaw dedicated Bomp! magazine (and his life) to the genre. And Shaun Cassidy once claimed to be it.

Now, over the course of three CDs, spanning three decades (a total of 54 tracks), Rhino Records attempts the definitive power pop compendium. And by including just as many obscure non-hit wonders (Blue Ash, the SpongeTones, Candy, the Greenberry Woods) as bona fide stars (Cheap Trick, the Raspberries, Todd Rundgren, the Romantics, Matthew Sweet) along with thoroughly researched and well-written liner notes by the likes of Goldmine's John M. Borack and Yellow Pills' Jordan Oakes, they come pretty darn close.

The '70s collection wins hands down for familiarity. And for that reason, it will probably prove the most fun for the non-obsessive listener. 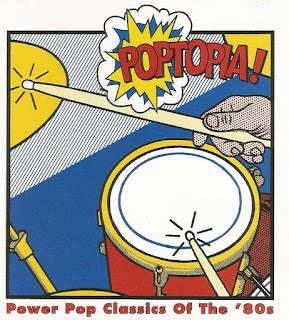 Disc #1 opens with the punch of the Raspberries' "Go All the Way," before it careens through Todd Rundgren's "Couldn't I Just Tell You," Big Star's "September Gurls," the Dwight Twilley Band's "I'm on Fire," the Flamin' Groovies' "Shake Some Action," Cheap Trick's "Come On, Come On," the Rubinoos' "I Wanna Be Your Boyfriend," the Records' "Starry Eyes," Nick Lowe's "Cruel to Be Kind," the Knack's "Good Girls Don't," Shoes' "Too Late," and the Beat's "Rock N Roll Girl." And that's just a partial listing. It's enough to make your head spin!

(On a subjective note, I would've replaced Fotomaker's whiny "Where Have You Been All My Life" with Milk 'N' Cookies' quintessential "Little, Lost and Innocent." And I would've found some way to squeeze in the Scruffs' "Break the Ice.")

But the '80s were no slouch either. Featured on disc 2 are Phil Seymour's wonderful "Baby It's You," the Plimsouls' "A Million Miles Away," Let's Active's "Every Word Means No," the Bangles' "Going Down to Liverpool," the dBs' "Love Is for Lovers," the Smithereens' "Behind the Wall of Sleep," the La's "There She Goes," and the Romantics' "What I Like about You" — perhaps the most annoyingly catchy song ever. 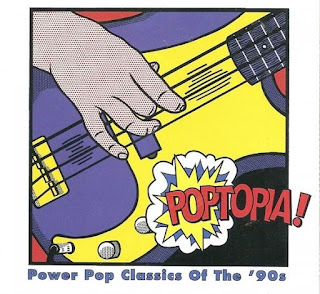 There's also a plethora of amazing, but sadly overlooked tunes: the Great Buildings' "Hold on to Something," the SpongeTones' "She Goes Out with Everybody," Candy's "Whatever Happened to Fun," and Bill Lloyd's "Lisa Anne," to name just a few.

Having a second chance to discover these gems is what makes this compilation (and the Rhino catalog in general) so necessary.

It's also heart-warming to know that power pop (sometimes in the guise of "modern rock") is alive and well (although still oddly ignored by radio programmers) in the '90s! On disc #3, you'll find Jellyfish's "That Is Why," Ride's "Twisterella," the Gigolo Aunts' "Cope," the Posies' "Solar Sister," Redd Kross' "Lady in the Front Row," as well as Matthew Sweet's "I've Been Waiting" and the Lemonheads' "Into Your Arms."

Plus, there's the marvelous "Rollin' Down the Hill" from the Rembrandts (who, as the liner notes point out, will probably be remembered only for the theme to Friends), and the melancholic "Proto-Pretty" from the Wondermints — a band I personally worship.

The three CDs are sold separately, so you can pick and choose which you like the most, but I heartily recommend you get all three. It makes for hours of true power pop nirvana!
Posted by Devorah Ostrov at 10:49